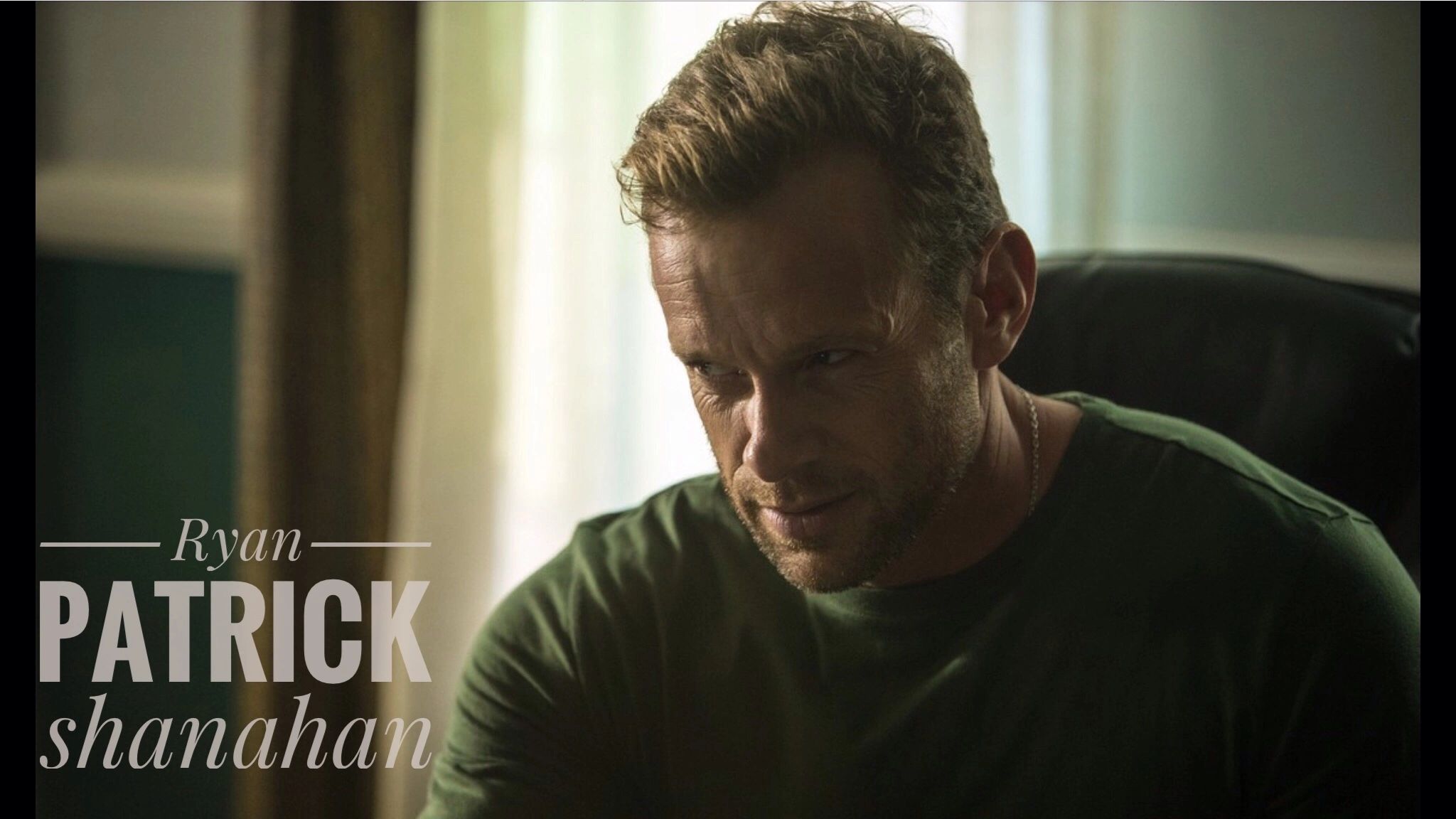 Ryan Patrick Shanahan was born on October 24, 1976 in a poor working class area of Cheverly, MD. He grew up with 5 siblings of divorced parents in the Washington DC area which was fuel he used to excel in the arts and athletics. Painting, drawing, and ice hockey are of his earliest memories and continued to be a major outlet for his artistry, passion, and restless side through his high school days in Baltimore.

Ryan studied acting at Florida State and at the Film School, he quickly became the actor everyone wanted. It was his innate authenticity, gravitas, and emotional capacity in front of the camera that got him cast in over 20 student films during his two years at FSU. There was no doubt about it, he was thee actor to cast. In college, he also worked closely with and was mentored by Mark Medoff. It was there, Ryan became serious about his studies and was on the dean's list or honor roll every semester while at FSU. Upon graduating Ryan had to choose between acting and the business world. He was being recruited by multiple companies and ultimately chose to go down the business road. He managed a few companies before opening his own in Denver, Colorado with $1,700 to his name. Ryan’s business was nearly an instant success. It was his tenacity and will that grew his company to over $500,000 in its first calendar year. By the third year, Ryan was having his best financial years of his life and it was that which illuminated more and more the fact that business wasn't in his heart the way acting was. In November of 2014, after 10 years of managing and running businesses, Ryan closed his growing company to pursue acting full-time.

By June of 2015, Ryan had tied up all loose ends from his previous career and business and was able to commit full-time to acting. He immediately experienced success getting cast as a principal in the television series Saints Vs Scoundrels as Thomas More. In 2015, Ryan stayed busy booking principal roles in short films and on a variety of television series. Ryan picked up more momentum when he won Best Actor in 2017 for his portrayal as a charismatic serial killer in Lifetime’s Sinister Minister. It was his first professional lead role. Shortly after Sinister Minister’s release, Ryan was cast as the leading man once again in Lifetime’s In Bed With a Killer.

While auditioning and working on current projects, Ryan continues his studies with Marta DuBois, Suzanne DeLaurentiis, Bobbi Shaw, and Denis Mandel in Hollywood. When there is free time, you can find Ryan surfing, at the gym, studying acting, or somewhere outdoors enjoying life's beauties, filling his coffer and deepening his will to be the strongest actor he can possibly be.

See Ryan next in the feature film Little America! Coming 2020

Ryan is both a stage actor and film actor. Please see his resumé for more details on his experience, skills, and credits.

Do you have more questions? Are you interested in collaborating with Ryan on a project? Send us a message, and we’ll get back to you as soon as we’re able.